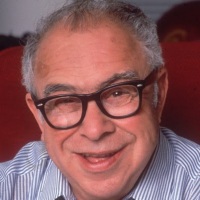 I used to love to read Art Buchwald when I was a kid.  He was a political humorist for the Washington Post.  He was like Will Rogers before him and Dave Barry afterwards.  His column was funny and fun to read.  He won two Pulitzer Prizes for Outstanding Commentary.  He also wrote an astounding number of books–44 according to Wikipedia.

He was also famous for being in hospice care for over a year!  Hospice care is supposed to be end of life care; typically people last a few days or weeks.  But Buchwald went in and out of hospice for over a year.   Every time he went into hospice he would get better.  Talk about having the last laugh.

What makes this all the more amazing is the Buchwald suffered from depression.  You would think that someone with depression would want to die. But this was not the case with Buchwald.

He wrote about it in an article in 1999.  Celebrity Meltdowns   As usual, he wrote about it with humor:  “One of my major fears during my depression [in 1963]  was that I would lose my sense of humor and wind up in advertising.”  (This was before Mad Men, obviously, because advertising looked like a lot of fun in the 1960’s as long as you were a white male.)

Buchwald’s message was this:  “You do get over depression.  More important, you are a better person for having had one . . . You become more sensitive and kind.  In my case it was so.”

Wow– such brilliant (in most cases) company.  These people were (and are) creative and successful.  However, the article also claims that “history shows that brilliance often goes hand in hand with mental illness.”  Lucky me.  I guess I can’t have one without the other.

Thank you everyone for all the positive comments on this blog and on my FB page. They help me more than you know.